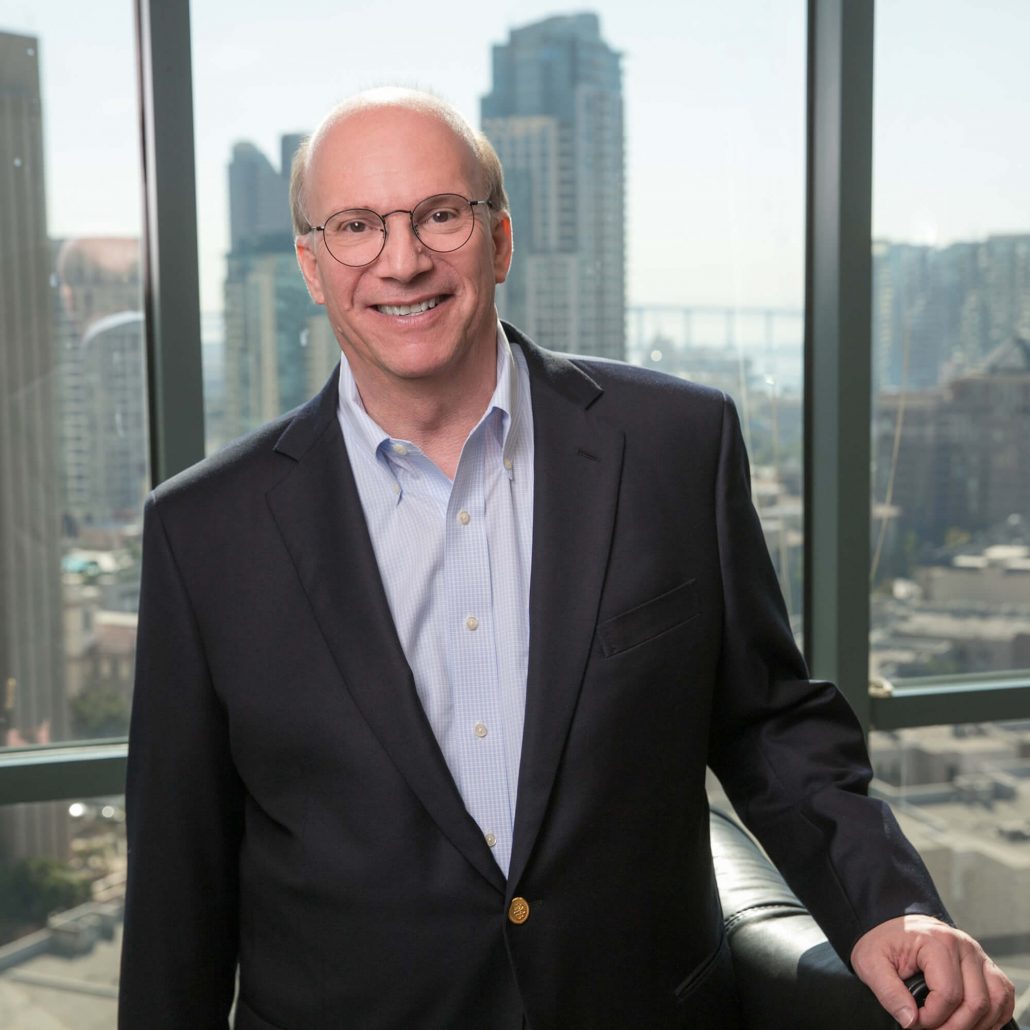 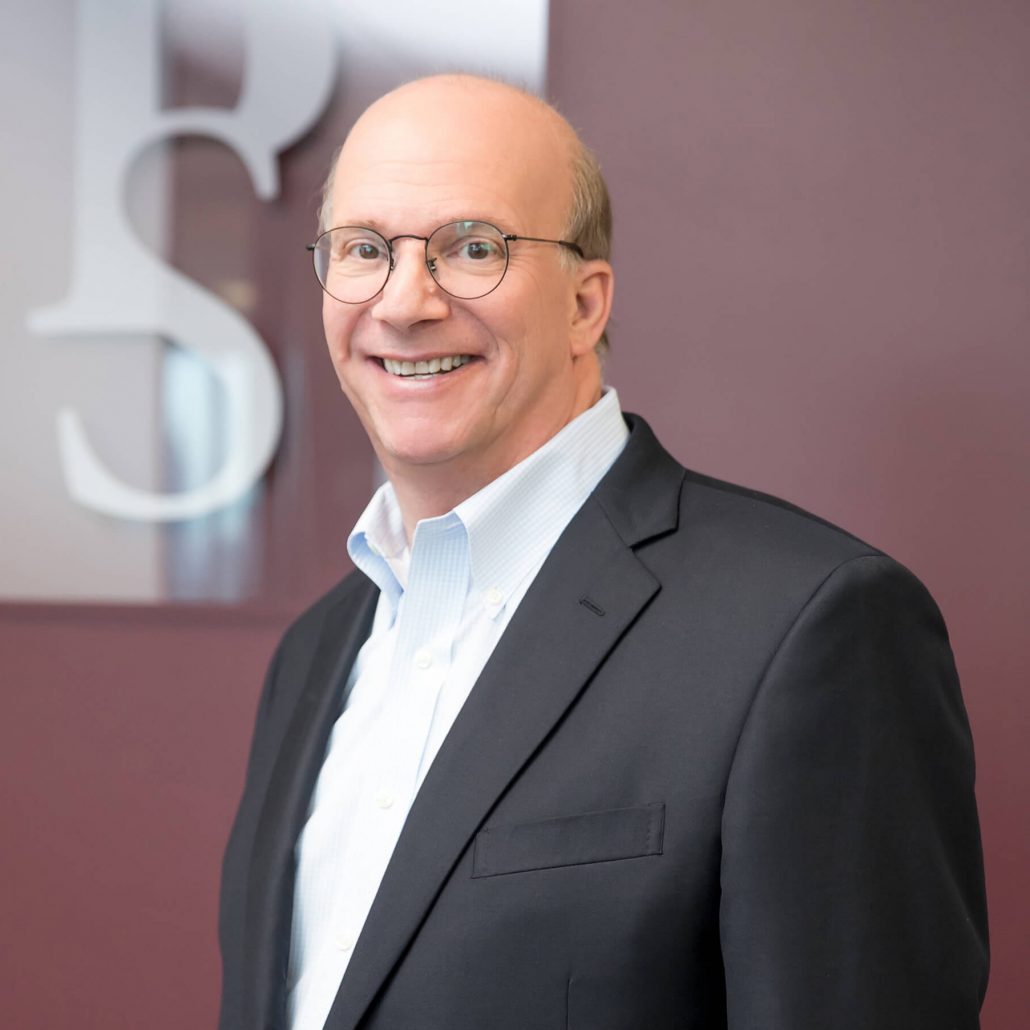 In the tuna industry, Solar for more than three decades has represented individual and corporate clients that span the entire tuna supply chain, from about one-half of the U.S. Flag tuna fleet, to wholesalers of commercial tuna and, finally, to tuna canners and processors.

On behalf of public and private clients in the water sector, Solar has devoted nearly three decades exclusively to water supply issues, and specializes in the emerging “new water” fields of desalination and potable reuse.

Solar brings a creative approach to solving his clients’ problems or furthering their transactions. His diverse experience enables him to almost always “find a way out of the box” in which clients often find themselves.

When not working, Solar, a die-hard Chicago sports fan, often can be found cheering the (mis)adventures of his Cubs, Bears, Bulls or Blackhawks.

Keith has almost 30 years of experience in legal representation of companies and individuals engaged in the United States tuna industry, including, without limitation, the negotiation and documentation of: agreements for the purchase and sale of tuna purse seine vessels; bareboat charter agreements; vessel management agreements; joint venture agreements; tuna fishing agreements between sellers of tuna and buyers engaged in the business of purchasing, processing and selling tuna; cannery asset purchase agreements; co-pack agreements and container supply agreements.

Keith also has experience securing financing for companies and individuals who own tuna purse seine vessels. This experience includes negotiation and documentation of loans authorized under Title XI of the Merchant Marine Act of 1936 and obtained through the United States Department of Commerce, National Oceanic and Atmospheric Administration, National Marine Fisheries Service, as well as loans obtained through foreign financial institutions and secured with preferred ship mortgages on U.S. flag vessels wherein the mortgagee is a US-approved vessel mortgage trustee.

His experience extends to negotiations with representatives of foreign governments and/or financial institutions, such as those located in the Marshall Islands and the Independent State of Papua New Guinea, in tuna-related matters. He has particular expertise in organizing companies that qualify as United States citizens under the American Fisheries Act for purposes of qualifying to fish in the Western Pacific under various treaties.

Keith was a co-founder of Alhadeff & Solar, LLP, a San Diego and Inland Empire-based commercial law firm that combined with Buchanan in June of 2007. In 2008, Keith was selected as a San Diego County Top Attorney 2008 and was featured in a special edition of The Daily Transcript, titled “Top Attorneys 2008.” Also in 2008, Keith was nominated as a “Top Influential” by readers of San Diego’s The Daily Transcript. In March of 2013, San Diego Magazine named Keith named a “Top Lawyer in San Diego.”

With respect to water rights and water-related issues, Keith has significant experience with the negotiation and documentation of: purchase, sale and lease of adjudicated groundwater rights; purchase, sale and lease of groundwater; purchase and sale of real property for the purpose of acquiring associated water rights; acquisition, disposition and lease of privately owned or municipal water systems; public/private partnerships for the sale, lease, operation and management of municipal water systems; acquisition, disposition and lease of shares in mutual water companies; agreements for the manufacture and sale of membranes and spiral wound elements for use in desalination facilities; agreements regarding desalination facilities, including without limitation agreements regarding the purchase of desalinated seawater, development agreements regarding conveyance facilities for desalinated seawater and water delivery agreements; water transfer and exchange agreements; agreements for the treatment of contaminated groundwater; and design-build-operate agreements.

Keith served as special counsel to the City of Carlsbad since 2002 to assist the city and the Carlsbad Municipal Water District in negotiating land use and water purchase agreements, respectively, for the Claude “Bud” Lewis Carlsbad Seawater Desalination Plant. As built, that plant produces up to 54 million gallons per day of desalinated seawater and is the largest desalination plant in the Western Hemisphere. Keith currently represents IDE Americas, Inc., the designer and operator of the desalination plant, in all matters relating to plant operation.

While serving as deputy city attorney for the City of Indio, Keith formed the Indio Water Authority, a joint powers agency whose members are the City of Indio and the Indio Redevelopment Agency. The Authority was formed to lease and operate the city’s municipal water system.

On behalf of private water clients, Keith has particular experience in desalination and in analyzing the nature and priority of riparian, overlying, appropriative or prescriptive water rights that such clients are applying or attempting to apply to reasonable and beneficial use.

From 2002-2004, he served as a member of the Legal Affairs Committee of the Association of California Water Agencies.

Keith was selected as a San Diego County Top Attorney 2008 and was featured in a special edition of The Daily Transcript, titled “Top Attorneys 2008.” Also in 2008, Keith was nominated as a “Top Influential” by readers of San Diego’s The Daily Transcript. In March of 2013, San Diego Magazine named Keith a “Top Lawyer in San Diego.” In 2014 and 2015, Keith was named “Water Law – Attorney of the Year in California” by Corporate INTL Magazine. In 2017 and 2018, he was named a ‘Super Lawyer.”

On behalf of his clients, Keith has:
Represented landlords and tenants in the negotiation of office, industrial and commercial leases, including the House of Blues lease in San Diego.
Represented landlord and tenants in disputes over defaulted leases, including advice in connection with unlawful detainer proceedings.
Represented buyers and sellers of commercial real estate properties, including hotels, shopping centers, office buildings and properties designated on the registers of state and federal historic places.
Represented the administrative agent for a group of lenders in the sale out of receivership of approximately 60 acres commonly known as the Campus at Playa Vista, a retail/commercial project located in Los Angeles on historic property formerly owned by billionaire industrialist Howard Hughes, Jr., who operated his aviation and aerospace research and development facilities at that location.
Represented real estate developers seeking to acquire and develop a mixed-use, green project occupying four city blocks in the City of National City, Calif.
Represented real estate developers and owners with respect to mortgage finance transactions, including representation of borrowers who obtained approximately $100MM in loans from Ta Chong Bank Co., Ltd., a Taiwanese lender.
Represented the purchaser of 1,377,000 acres of largely undeveloped land located in a checkerboard pattern on either side of Interstate 80 in the State of Nevada.
Represented buyers and sellers of raw, unentitled property.